The Challenge and The Work – With visitation to Banff National Park reaching record-breaking highs, thousands of park-goers have been turned away before even reaching their destination due to full parking lots and crammed roads. Early in 2022, Banff & Lake Louise Tourism, Parks Canada and the Town of Banff engaged WPRS to begin working on an ambitious campaign: cut back on traffic within the park by encouraging visitors to leave their cars at home and take transit. Our team rapidly developed a multi-pronged, nimble approach utilizing earned media, influencer engagement, social media contesting and grassroots marketing to educate potential visitors about the benefits of taking transit to and within the park.

The Outcome – In less than 10 weeks after launching the campaign, WPRS was thrilled to hear that all of the park’s transit options were seeing record-breaking usage. Buses to the park were routinely filling up well in advance, and shuttles within the park and town itself had become so popular that shuttle operators had begun to add additional routes! Audience behaviour change can be one of the most tricky challenges for any organization, but an approach that leverages a variety of channels and mediums (and a hyper-motivated PR team) can be a powerful tool for success. 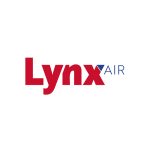